Comedian and car collector Jay Leno’s lovely wife is: Mavis Elizabeth Nicholson-Leno (born September 5, 1946) is an American philanthropist, feminist and wife of Jay Leno, the former host of The Tonight Show (Wikipedia). Although we don’t get to see Mrs. Leno much on TV she is been busy. 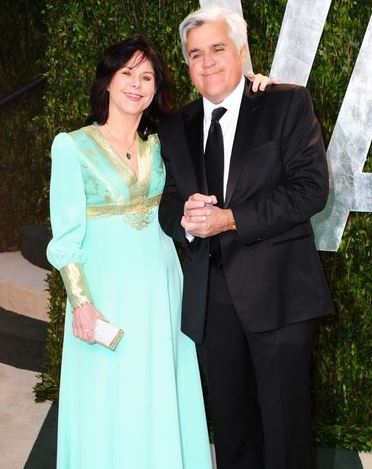 A leading feminist in California, as well as in the United States and internationally, Leno keeps a low profile in comparison to her husband, choosing instead to work behind the scenes of the non-profit, politically charged groups she supports and runs.

The couple decided not to have children together, however gave a lot of charity to many places in need for help. She is a long time supporter of her husband with hard work ethic and numerous awards for her achievements. Mavis Leno’s net worth not yet been revealed like her spouse who’s net worth is estimated to be over $350 million.